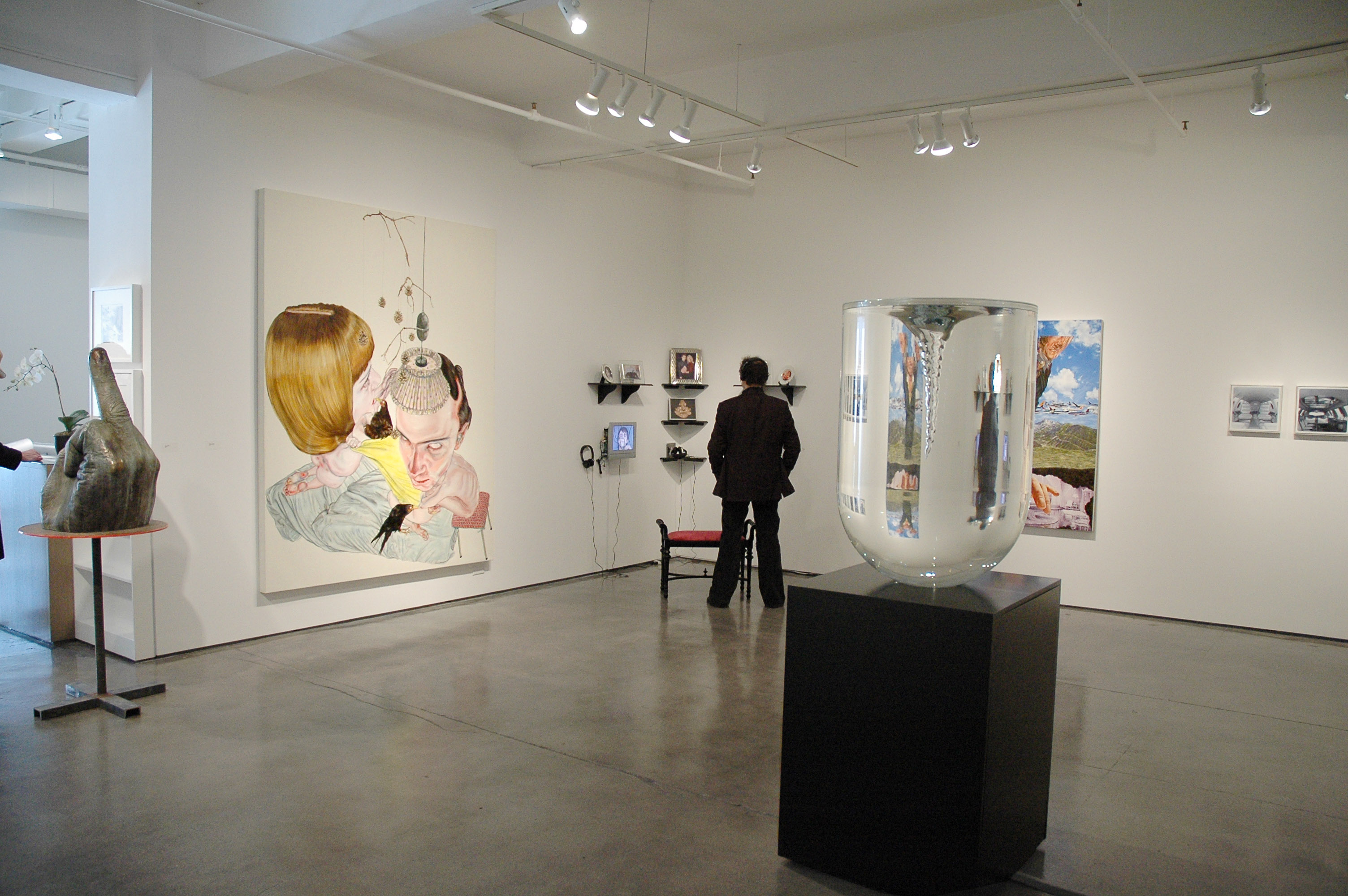 ‘Blessed Are the Merciful’

An uneven but entertaining 24-artist show, “Blessed Are the Merciful” ranges from an old master-style scatological allegory of war by David Nicholson to a beautiful, Minimalist sheet of candy-purple resin by Carrie Yamaoka.

The curator, Jerome Jacobs, owner of the Brussels gallery Aeroplastics, writes that the exhibition is meant as a protest against religious intolerance, consumerism and the decline of civilized public life. It is hard to see how John Isaacs’s giant bronze hand raising its middle finger will elevate public civility, but many works have a more complex urgency.

Carlos Aires’s hallway installation of pictures scanned from news, entertainment and pornographic media, organized so that the opposed walls mirror each other, nicely expresses the inescapability of junk culture. And corporate culture is the subject of a work by Samuel Rousseau that is like a digitally animated, three-dimensional Roger Brown painting: a video of an office building facade with little scurrying people silhouetted in its windows is projected through a stack of translucent, white plastic bottles.

Also notable are Matt Marello’s funny, cartoon pencil drawing of the Apocalypse; Nezaket Ekici’s video of a woman in traditional Middle Eastern headwear spinning a Hula Hoop around her neck like a dervish; and, by Petroc Dragon Sesti, an enormous glass bottle with a tornadolike whirl churning its clear, mineral oil contents.

exerpt from the Hungry Hyena blog

Michael van den Besselaar‘s delicately painted series, “Interiors,” presents the viewer with excess in the form of posh limousine and private jet interiors. Conspicuously absent from the paintings are the beautiful people who typically occupy such spaces. The atmosphere is lonely, cold, and clean. These small paintings are not appealing wall decorations. Is this Besselaar’s intent? Is the artist turning the critique, initially focused on the conspicuous consumption of the very wealthy, onto the viewer? We are, after all, a privileged lot, even if our sins are less colorful than those of P-Diddy or Brangelina.

This site uses Akismet to reduce spam. Learn how your comment data is processed.