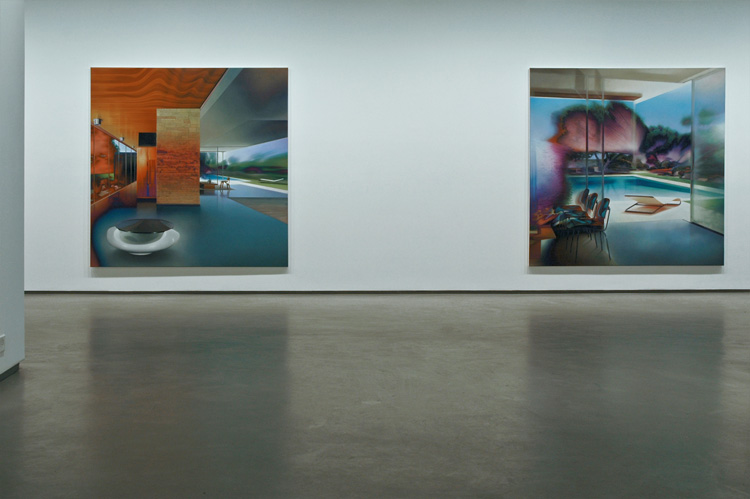 a solo show @ Black & White Gallery, New York, USA
This solo exhibition highlights the continuing vitality of Van den Besselaar’s paintings building upon his relationship with architectural context. This enduring relationship began with an engagement at the Atlantic Center for the Arts (ACA) in 2005 where he started working on the still ongoing “Land of the Free” series, and continues in the new “Nostalgic about the Future” series, which shares the title of the exhibition. The worlds in these paintings with their many confusing aspects and layers of complexity are at once familiar and unnatural – they are real rooms and spaces inflected by a strong imagination that slips into dreamy fantasy. A mélange of architectonic forms signify the idyllic future to which Van den Besselaar’s paintings so eloquently attest and is a metaphor for a utopian gesture of shared public concerns in the future to a somber sense of the past along with a view of the present as confronted by uneven and unpredictable historical trajectory.
Shortly before his death in 1940, Walter Benjamin famously observed that “There is no document of civilization that is not at the same time the document of barbarism”. This apocalyptic yet redemptive concept of history deeply relates to the psychedelic visionary interiors and landscapes in this show encapsulating a telling historical ambivalence at once hopeful in its vision of the future and yet harsh in its view of what precedes it.